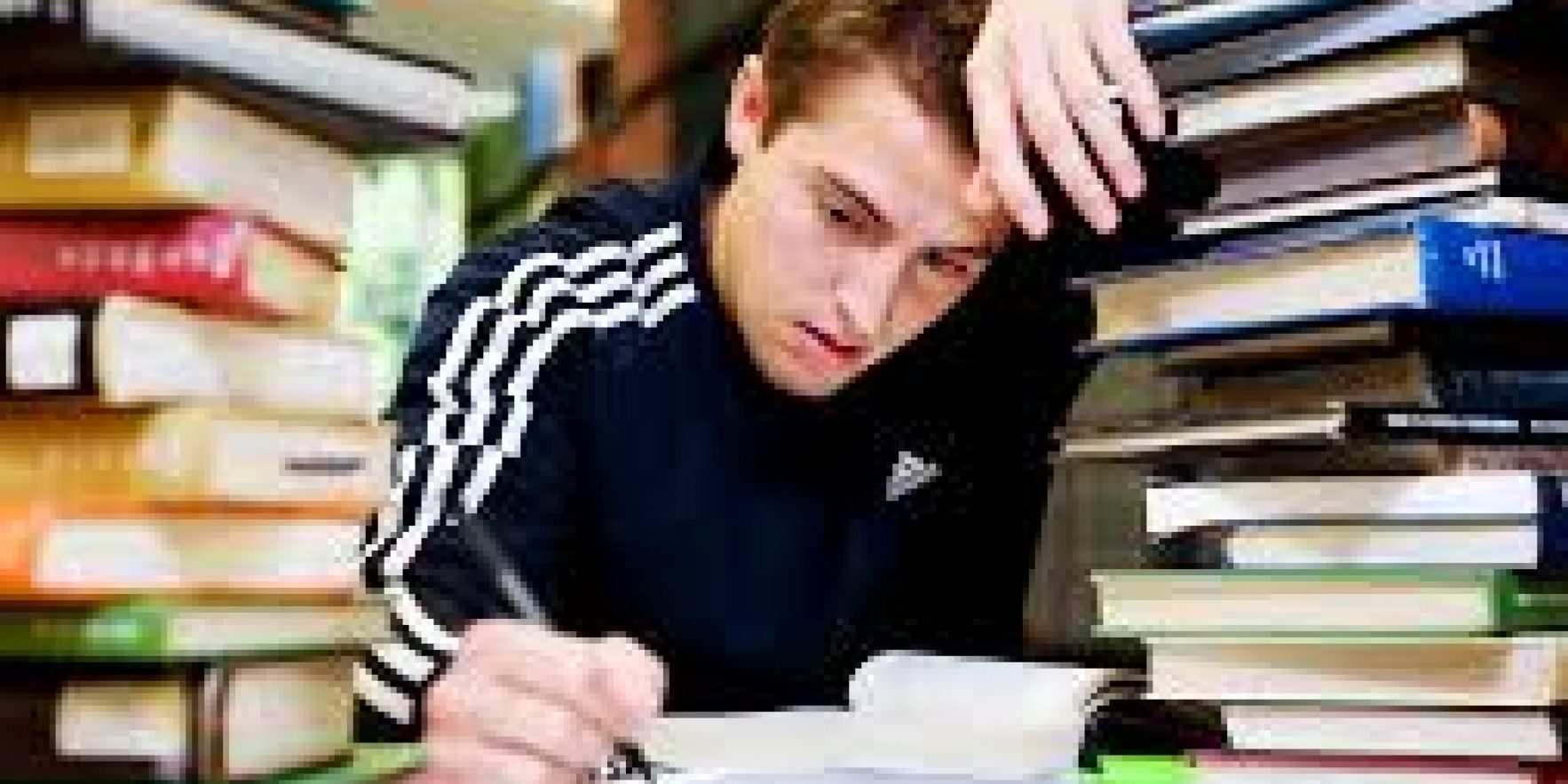 We spend insane amounts of time, money and energy getting kids into college, and no where near enough preparing them to succeed there.

Things that teens need to know before they go off to college:
There’s a discussion I have with every client of mine before they go off to college.
In it I outline the 4 most common mistakes people make that leads them to become part of the 34% of incoming College Freshman who do not return to that school the next year, or even semester… and the 60+% who take 5 or more years to graduate a 4 year program.
Having received too many calls from parents after their kids have made these mistakes, I have a lot of examples to draw upon.
In short – and in no particular order, they go:

1) **Failing to manage their academics without all the coddling and crutches they are used to and often then winding up dropping classes or on Academic Probation**:
e.g. When no one is taking attendance, teachers aren’t updating the website with homework reminders, grades are based on few things and no one is emailing their parents…
2) **Lacking the emotional and social maturity to be away from home: **
Can you get by without having your own private bedroom to retreat to, without your parents managing your health and well being, able to deal with challenging roommates and starting from scratch socially, etc. Many kids are not prepared for how hard it is to be away and then they crumble emotionally.

3) **Getting there and quickly realizing you chose the wrong school:**
You chose because of status (most common), proximity or because friends went there… and in more and more cases, because your parents and/or advisors told you to choose that school. Then you get there and realize all the ways in which it is not a match for you (“I don’t know why I chose this school, I am so not a city person… I should have gone somewhere with a traditional campus and lots of space” . Or “It is so small after a few weeks I feel like I know everyone and I should have gone somewhere much bigger..” – two recent conversations)
4) **Over-doing it with the “partying”,becoming a nuisance and winding up on Social Probation (or Parent Probation!).**

It’s one thing to get black out drunk once and learn from it. It’s another when you become that person others have to continually “take care of” or the one who urinates in the stairwell then vomits in the hallway the next week, or drunkenly sleeps with half the campus… Your reputation quickly goes from fun person to go out with to someone who is annoying, embarrassing and/or undesirable. Do this too much and you will pay the price socially and quickly wind up on the radar screen of the school… or be banned/ dropped by Fraternities and Sororities.
While the vast majority of conversations I have with college students are about managing the social world and adjusting to being away from home, the one that concerns me most urgently, is how many calls I get from parents after their kids have gotten in trouble with #4 – drinking/drugs/partying:
The story is almost always the same:
They went to college assuming partying is just a fun, safe extra-curricular activity like they see in the movies and hear about from older siblings, only to discover that a little drinking and experimenting, quickly leads to a hell of a lot of problems.
We are familiar with the tragic stories of deaths related to hazing in Fraternities, but there are countless other dangerous and even tragic stories, that most people don’t hear about.
One client went to a prominent competitive admission college that is well known for its cavalier attitude towards substance use, from the campus to the community it is in. His first semester there, 5 students died: one was a suicide, the others were alcohol and drug overdose or accident related. At a campus of 5000 students, that is 1 in 1000 in one semester. This client eventually left the school and looks back on it now and clearly sees how unhealthy and irresponsible the environment was, and how ill-prepared he was to manage it.
I cringe every time someone enthusiastically tells me they “got in” there. His story about that school is not isolated… and it is not just at that school.
In fact, every client I have knows people personally who was a high achiever in high school, then who went to college and came home early, and also knows of ones who never came home at all.

This culture of “the blind leading the blind” that goes on on these campuses, is deeply concerning and I would argue, should be to every parent who is sending their kids off to college in today’s culture.
Everything you read in the news about toxicity of today’s majiuana and the dangers of psychosis, of the binge drinking culture and of the high risk lifestyle associated with this aspect of college life, is true. Everything.
I hear the stores first hand. I help them try and recover and reset their lives, too often, after the fall.
I wish you could have heard when one kid told me his friends would regularly group text “Let’s go Black Out!” and openly confess they did not even think twice about the risks associated as they would repeatedly drink so much that they wouldn’t remember their night.
It wasn’t until he wound up almost killing someone in a bar fight that he realized this was seriously dangerous.
Last August I did a program at a Summer Camp in the Poconos with a group of young staff members who were heading off to

freshman year in college after camp.
I told them I could either talk with them about the challenges they face working as a camp counselor, or I could talk to them about how not to fuck up in college from someone who will tell them what college promotional brochures and tour guides will never tell them.
They chose the latter.
For the next 90 minutes they were spellbound and locked in engaged with me as I went through story after story of kids who kicked ass in high school socially and or academically, then crumbled in college… where they made their mistakes and what they could learn from it.
Then one by one they began to reference stories of their own… I hear these stories from 18 year olds like them all the time:
About kids from a year earlier at their high school who failed out of college… about kids who were near 5.0 GPAs who couldn’t handle being away from home… about their own sister who wound up moving back home and attending the local Community College after her social world collapsed because of a guy she drunkenly hooked up with and the social fallout she suffered because of who he had been dating… and about one whose cousin wound up in a psych hospital because of a psychotic break after a bad drug trip.
Many times these kids come back and tell me how grateful they are to have been told all this ahead of time… and how it influenced decisions they made.
Sometimes it doesn’t become real to them until they have a tube down their throat pumping their stomach.
A few days ago I had a conversation with a college freshman who was crushing it academically at an elite school, involved in activities on campus, making a ton of friends, being recruited by a popular fraternity… and almost wound up dead from substance overdose early last week – all from just casual normal partying.
The difference for him was that unlike the boy at Penn State whose “brothers” stepped over him while he died on the floor, his friends had enough sense to get him to the ER where they saved his life.
These are calls no parents wants to receive. These are conversations too few are having in any way that does it justice.
We spend insane amounts of time, money and energy getting kids into college, and no where near enough preparing them to succeed there.

I have built my professional life on my ability to connect with these bright intense driven kids, and become a voice they can listen to…and I can be this for your son or daughter too.

Extra semesters in college because they fell behind and dropped classes or kept switching majors or just screwed up in general.… doctors bills (and in too many cases lawyers bills) all add up… My fees are a fraction of that to offer a service that has proven again and again to be a game changer for so many college aged young adults who are faced with challenges, decisions and circumstances that tax their capacity to thrive in.
I will help ensure they do.
Reach out to me privately if you’d like to learn more. It is the greatest honor of my life to offer this knowledge to your kids.
https://collegesuccessmentoring.com
Category: UncategorizedNovember 11, 2019

Therapeutic Treatment Vs A Different Way Of Life
October 16, 2019
HeroPath – Follow Your Bliss
September 13, 2011
Why The Good Men Are Fighting Back
May 12, 2011
Building Positive Relationships With Teen Girls
June 5, 2010
Recent Posts
Go to Top