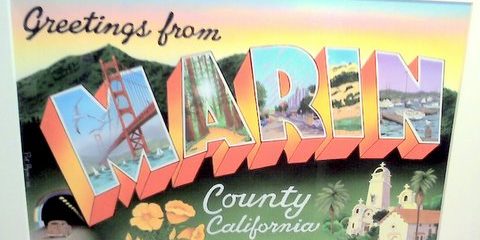 I had dinner  with 18 year old Mark last night. I gave him a challenge at the end of the meal that caught  him off guard. I’ve waited a long, long time to be able to say these words to him.

When I met Mark he was 15. He was bright, high achieving, decently athletic (played on two teams but wasn’t a starter), good looking… but had almost no social life. He spent his weekends on the internet and going mountain biking with his dad  when his dad had the time.

He was restless, bored and lonesome.

Kids liked him well enough at school, but no one ever bothered to invite him to hang out after practice or on weekend. No one invited him for sleepovers. No one invited him to parties. This had gone on since he entered Middle School. He was now a Sophomore in High School.

Every Monday he’d sit in class and hear the stories about who “got wasted” at who’s party, who “hooked up” with who, who went to what movie, etc.  The few times he tried to ask people what they were doing that weekend or if they wanted to hang out, he’d get non-committal responses like “yeah let me see what’s going on” or “can’t this weekend. I’ve got a bunch of things to do.”

As time went on, he got really down on himself and the world in general.

Within an hour of spending time with him, I could already map out the next year’s worth of work we’d need to do. He liked me well enough and frankly, any one who gave him time and hope, he was willing to take a chance on.

A few months into working with him, I forewarned his parents:  “When he finally gets the pieces in place, be ready. He is going to do a whole lot of making up for lost time!”

And boy did he ever. By the late fall of Junior year, he’d found a group of boys to hang out with. As they were all getting their Driver’s Licenses, they were constantly together. They were chasing any opportunity to go where there were girls. They were frequently strategizing how to get phone numbers, invites to parties and social opportunities. Soon he started having experiences at parties, getting drunk, getting high and finally, at last, ‘hooking up’ with a few girls

At one point he looked at me with great pride and relief, and announced , “I am now officially a Typical Marin Teenager!”

(Since these emails go out to thousands of people around the world, let me explain:)

Mark lives in Marin County, just north of San Francisco. Like many mostly upper middle class to highly affluent communities, many teens here have access to lots of opportunities.

Most go to to “great schools”, get tutors, College Counselors, etc that stack the odds in their favor to get admitted to colleges. They have access to cars, clothes, vacations and material opportunities. They get access to lots of alcohol and drugs – particularly marijuana,  ecstasy and prescription meds – and have a very casual, if not encouraging, peer culture attitude towards using them. Many of these teens also embrace the casual sex culture of “hooking-up”, treating sex without intimacy as if it’s a game with no consequences.

And yes, many move through the world with a sense of being special, a belief that adults just need to chill out and light up a little more (pun intended),  and an expectation that everything is going to work out just fine for them.

Typical Marin Teens are the ones Mark used to hear telling stories on Monday mornings.

Now he has the stories and experiences to be the one telling the stories.

In his small teen world, he has finally arrived:  He is Typical.

This is where the conversation over Thai food last night took a turn.

You see most of the teens I work with want to be something more than Typical. That’s fundamentally why they want to work with me. Most of them already do “typical” and often do it quite well. They can play the game, get the grades, talk the talk, socialize with the other Typicals.

They often have all the Typical, and they are not satisfied!

As one 15 year old client said to me a few months ago, “I don’t want to just be one of 1200 kids at a great school. I want to actually do something great.”

And as a 16 year old boy said to me on Saturday: “I want to be above average. I want to do things that matter. I want to be the kind of friend people can really count on. I want to live a life that does something and goes somewhere.”

My clients are the ones want to follow their interests, their curiosities, and live life as an adventure to be discovered. They actually want to be challenged to step out of their comfort zone – to find their voice, find their confidence, be authentic and live their own unique life.

So here I was having helped Mark get from having no social life to one that defines Typical. And now we are at a crossroads.

If this is all he wanted, it is time for us to part ways.

I know it is not. But it is what we needed to accomplish so we could really begin.

So I offered him a challenge:

“I knew you before you became Typical. I know you better than most people, and certainly more than your friends do.

In the last 48 hours I had two long exchanges with two boys who are a year younger than you, who have girlfriends who they care about and are going through some challenges. The things we are talking about are skills that people need to have to have healthy relationships. I’d like to be having these kinds of conversations with you. And I think you would too.

They are 16 and already there.

But I know you… and I know you want more than this.

So here is my advice to you:

Don’t get stuck in the idea that being a Typical Marin Teen is any badge of honor or mark of accomplishment. I get that from where you were when I met you, it is a relief to finally just be one of the guys. Don’t get stuck there.

You have yet to even get remotely close to a girl in a way that isn’t physical. You have no girls who are friends. No girls who want to ask your advice or just hang out with you. This is because you don’t send the message that you care about anything more than just having a good time.

As much as you are at the top of the Typical Marin Teen game now, you are stuck.

Change this! Start looking at girls as people you can become close to, people you actually care about and people you want to be friends with… Start sending them the message that you are the exception and not the norm.”

Mark stared at me, listened and nodded. He didn’t argue. He didn’t discard. He agreed.

As we got up to leave, he thanked me.  He knew this was a message he needed to hear and a challenge he needed placed upon him. It would lead him to getting what he really wants in life. It will lead to him growing into the man he really wants to be.

Mark needed to get these experiences into his life to ensure himself that he wasn’t missing anything.

Now he needs to start getting these other experiences into his life, to ensure he actually doesn’t.