Advice to A Nervous Guy About Asking Out A Girl:

A  16 year old boy reached out to me today about a girl he likes who is now suddenly sending him signals of her mutual interest. It is not 100% clear that she is “into him” but certainly there is enough evidence to suggest she is that he is contemplating asking her out.

My answer after speaking with him in more detail about whether he should let her know he likes her was “Yes you should tell her!”

I explained to just keep it simple:

If you express your interest to her, there  are only three things that can happen:

1: She says “no” and as long as you keep breathing, you survive it and go on and live another day. 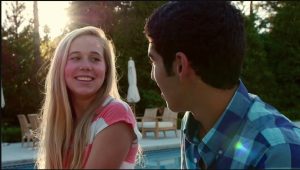 2: She says “yes” then you start to hang out and get to know each other better and eventually it ends for one reason or another or transitions into something other than dating… and when it ends she becomes one of many relationships you had that you learned from and gained experience through…

3: She says “yes” and you get to know each other better and eventually you marry and spend your life together!

Can’t know which one this will be unless you start by asking her out.