It’s Time To Address The Elephant(s) In The Room:

Many teen boys and  young men are struggling with coming of age in a very complex, chaotic world that in it’s effort to “upgrade” and evolve, is instead too often diminishing and marginalizing them and at worse, is radicalizing them. 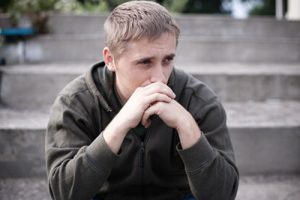 Many boys today – especially straight males –  are facing the issue of being criticized, diminished and even vilified in today’s SJW Social Justice Warrior  “MeToo”  and “Cancel culture” simply for being male and daring to speak up and offer an opinion. I can’t count how many stories I hear from boys about voicing an opinion in class discussion or amidst their peers or online, that is quickly devalued or discredited because they are the source of it.

Most of these stories I hear are just opinions offered in a class discussion, often as simple as making a comment about a female character in a novel they read and finding themselves met with “How you can understand, you’re not a woman!” or discredited because “You are just benefiting from the white male power establishment” thus dismissing their credibility to even have a voice or have their experience warrant acknowledgement.

Not only does this increasingly  common experience squash the potential for brilliant ideas and contributions to be missed, at the coming-of-age moment when a boy is finding his voice, it will instead be squashed and replaced with silent complicity, cynicism or worse (and all too often) rage.

I typically do not speak about this publicly, but enough is enough. I hear it too damn often.

The pervasiveness of this righteousness cannot be understated, nor can the negative personal and larger social fallout that is happening because of it – like the surge in affiliation by young men with alt-right movements, mostly in online forums like reddit, 4chan and discord,  where they do feel accepted and validated… and where many marginal radicalized ideas and beliefs are fed to them.

It concerns me deeply – and that is why I am taking the time to share my thoughts publicly for the first time.

The exact thing that the far liberal left is trying to destroy through it’s movement, is in fact, creating far more of it. The problem isn’t the Intention to create a more equitable accepting respectful world. The problem is in the execution of HOW too many of them are going about doing it.

A person being diminished, mocked, belittled, ganged up upon enough times by a small select but social-politically empowered minority of classmates with teachers who are complicit in allowing it to go on, typically does not lead to getting the victims of this to join their side.

It too often leads many of them to join the other side… and they have, en masse.

“I went from being a solid loyal Democrat to having this happen enough times that I said, ‘Fuck it. I’m voting for Trump!” one college student recently said to me.

It also makes these boys lose respect for those who they are supposed to be looking up to:

“My high school was so politically biased that it made it impossible for me to respect them or for me feel comfortable speaking up,” another student told me recently. “When Trump was elected in 2016, they literally took the next day off for people to “process and recover” from the trauma! Not only is that all about political bias that is one-dimensional, I wonder what they think they are teaching people that we should be that concerned or so weak that we can’t just get on with our lives just because an election didn’t go our way. It’s pathetic… and what kind of environment are they creating for anyone who came from a family who voted Republican? It’s so absurd.”

Some in the far-left radicalized side of the movement (“the new-norm setters” as some think of themselves) respect me immensely and engage with me in this conversation, but then respond with indifference:

“I don’t care,” one recently expressed to me, “They’ve had the ability to get away with using language  and harassing behavior so long that I don’t care if they are scared into compliance and suffer for it.”

“Would you care if enough of them gather together and vote the next Donald Trump into office because of the way you treated them?” I respond. “Win the battle, lose the war?”

The conversation usually goes quiet at that point… and that is the problem.

There is no conversation and it needs to be happening.

Others respond with, “How do I influence change effectively?” and it leads to some amazing conversations.

In a different post I will tell you about the work I am doing with youth who are on that side of it to learn how to give up the need to “be right”, to instead just be effective.. but that is for a different post. 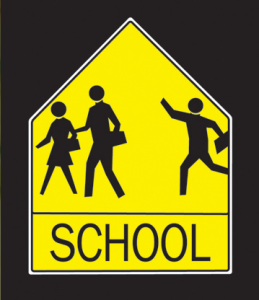 Too many boys are also being “left behind” in a teach-to-the-test education system that has reformed by accelerating academic learning to begin as early as Kindergarten, disregarding that this pace of academic learning works against typical male brain development, leaving many of them discouraged and drained by the time they hit Middle School.

The statistical evidence of the overwhelming fail for boys that this movement has become is stunning: Everything from declining GPA’s to drop out rates to decreased enrollment in college to mental health issues, suicides, addiction, etc… all stem from that fateful moment when we decided to change our schooling in 2001 to raise kids who compete with China and India in STEM and two decades later, left almost half the boys to suffer, often immensely – often in silence,

In my Mentoring practice I frequently spend a lot of time cleaning up the damage to their self-confidence, self-image and sense of hope for their future, that comes as a byproduct of spending 180 days a year in an institution that too often  bores them, frequently makes them feel stupid and as I wrote about above, often squashes their voice.

I focus on helping them realize there is nothing wrong with them, that there is a way forward where common system school success is easily obtainable in spite of its flaws, while still affirming that there is a lot flawed with the system!

If you haven’t heard the term, here is a great article on it. In brief, a”simp” is a guy who is sensitive, emotional, actually really likes a girl and expresses it with affection, compliments and/or gifts. In other words, he is TOO NICE. 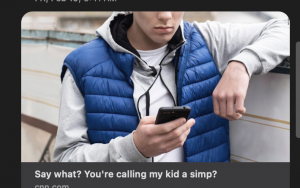 Now not only do nice guys finish last, they get publicly shamed humiliated and emasculated.. so much for chivalry.

Can the messages get any more mixed? If they are too basic male stereotype they get vilified … if they are too genuine, kind and loving, they get mocked… Where is the win?

One of the most common “lessons” I teach my many male clients who actually do want a girlfriend, want to have an emotionally satisfying relationship and are more thoughtful, sensitive and loyal (which is almost every male I work with), is how to maintain all those values and character traits and simultaneously find their “Alpha”… to be “Alpha” doesn’t demand they be a dominant asshole. It means they own their voice, own their opinions and make no apology for being who they are. This kind of confidence is generally very attractive to potential romantic partners, especially to women.

A 20 year old college student recently was accused of “simping” because on Valentine’s Day he brought flowers to a girl he liked and had  been seeing exclusively. Kids around laughed and teased him. After speaking with me he went back to the girl and said “I guess you have two choices: Listen to your friends who never have a relationship last or decide you want the thing they deep down dream of having but can’t find… your choice… As for me I make no apologies. A girl as great as you deserves flowers! ”

UPDATE: They are already making St Patrick’s Day plans so she survived being “simped” and he proved nice guys with a little alpha, win. 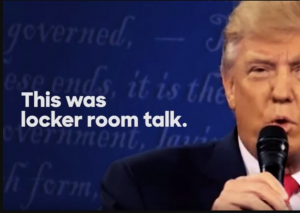 Lastly and critically, boys are also needing to quickly adapt to monitoring and adjusting their social behaviors to ensure they rise up to the modern standards of consent and social appropriateness from common things ranging from how they interact with women, language they use (even if they think they are “joking”), etc.

They must learn and adopt these responsible behaviors even though the dominant boy/guy culture they often reside in ”behind the scenes” is still very much steeped in the graphic  “locker room talk” mentality… it’s a mixed message if there ever was one.

As we are still in the early stages of this large scale movement, there are many inconsistencies, weak links and misunderstandings. And the change is here for good so it must be learned and put into practice now.

Something You Can Do To Help Your Son With These Issues Right Away:

I designed the Older Teen Boys MentorCourse to address all these issues.

NOTE: This not a program about being an SJW or about being an alt-right proud boy, and I am not creating a forum for people or parents to rant at others (or me) about their differing opinions about social political ideologies and issues.

This program is designed to help your son navigate today’s world with deep authenticity, congruence and moral maturity, not for me to be the “hired hitman” to convince them of the worldviews that different facets of society wants them to comply with, whatever they may be.

If anything I want to help them think for themselves and go in with their eyes open, which includes learning to respect and connect with those who have differing views and help the world make progress, not get lost in it’s egoes.

Here is the link to the course if you are interested!