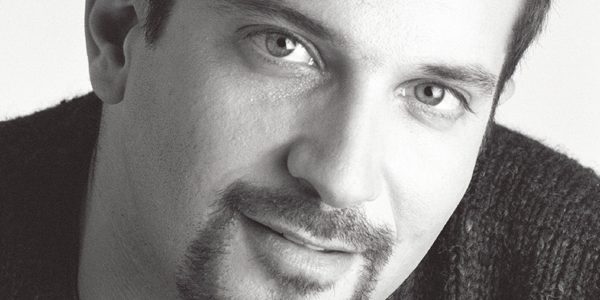 I was asked by several folks to respond to the recent article about an upcoming book that claims French parents are superior to Americans. At the bottom of this is a link to the article, and here is my response:

I haven’t read of any studies recently about French youth growing into world leaders at any greater rate than any other culture on earth.

I read this on three levels:

There is ample enough evidence about the value of Delayed Gratification. I don’t however know that what she is describing in the article is really delayed gratification. I haven’t read the book, only this excerpt. I have to take a leap of faith that she is right about this and I’m not so inclined to make that leap.

DG is in large part a byproduct of Temperament. It can also to a lesser extent, be trained. The key seems to be training it as they are developmentally ready.

Raising children to feed on schedule, letting them ‘cry it out’, etc are common modern parenting practices here in this US.

NOTE: Even the outspoken leader of the movement Dr Ferber, recently recanted and revised his writings on the topic. He finally came to see the obvious that creating early imprints that suggest you have to fend for yourself in the helpless stage of infancy has long term negative effects. No native cultures ever did that and they managed to survive in spite of every thing that worked against them…

Mostly I see these parenting choices as a matter of convenience for parents: What is more convenient for the parent?

American parents can do the same as  the French parents if they want quiet kids at the table. Just give them an ipad.

Again, where the evidence that doing it the French way leads to healthier, more evolved humans?

I know I sound a bit sarcastic with this, but I actually mean it. We all have our flaws and we all have our strengths and a whole lot in between. Most people turn out pretty darn okay in the end… Pretty darn okay, but not necessarily fully engaged, liberated, charged up, potential fulfilling humans.

I find that Americans parents in general are really lost and unsure of their parenting. I think this because they worry far too much about fixing everything now and getting it right the first time, rather than allowing for the years of brushing up against life’s rough edges that smoothes these things out and creates elegance.

Last year it was Tiger Mom and the Chinese way of parenting. Now it is the French parenting. Next it will be the Ethiopian Shim Sham Method of parenting… They have this hope that someone out there has the answer from some place where the grass is greener…(Remember this is the culture that has gone on Polynesian Diets, China Diets, etc).. the magic bullet, the magic pill… the 7 habits of highly effective somebodies.

None of us has figured this out in regards to what is actually best to raise children into adults who will be best for the larger system we live in now, though I am beginning to see glimmers of truth and clarity about this.

Instead, we’ve only mastered small micro-methods that work to grow children into adults who possess certain character traits that make them far more inclined to fit into a certain system and to produce certain kinds of results – systems that are rapidly growing outdated as I see it.

My question when I read any of this is, regardless of how inconvenient it may be for me or my children, what is the best things to be doing to prepare them to take stewardship of this earth and our place in the cosmos?

Having them sit quietly at a meal, while nice, is not interesting to me if my child is spending that quiet time spacing out into nothingness… I’d much rather her be engaged, interacting and even interrupting, brushing up against life’s edges to be moving towards refinement.

I think the idea of children engaging with the world around them, be it with the grown-ups at the table or the sugar packets and crayons, is far more valuable than having the be “Table Trained”

On one of our first airplane flights with my daughter, we did what we do. We engaged her, played with her, walked up and down the aisles with her and let her tear every page out of the SkyMall catalogue.

When we got off the plane, a man who was sitting in front of us complimented how well we managed her on the flight.

He said, “I have to say when I saw there was going to be a little baby behind us on the flight I was worried. You know how sometimes these kids can get on airplanes.”

I looked at him and said, “I don’t know. That stuff never bothered me. I just figured ‘one day it will be my kid doing all the screaming.”

I guess he forgot we were all once that kid.