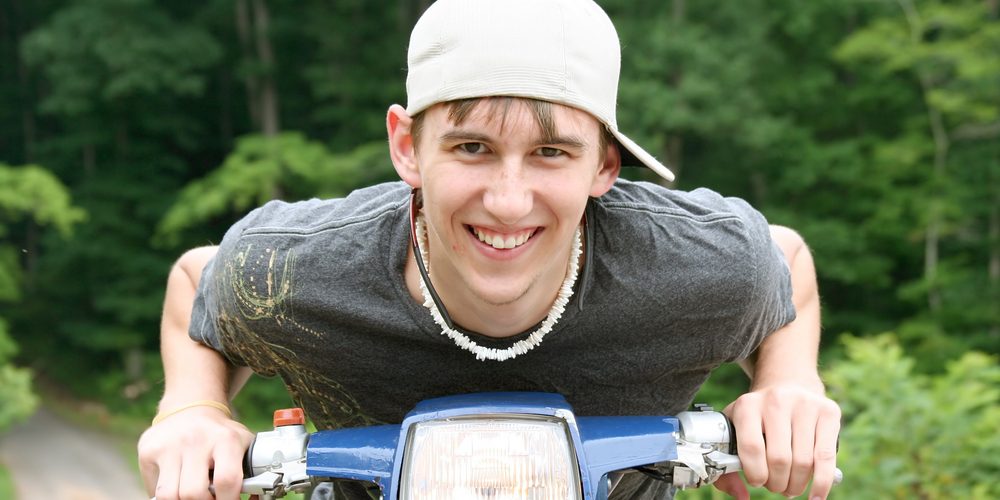 Do you remember “Little Johnny”? He starred in the stories about the boy who always got in trouble. Well let me tell you what happened to him…

Not surprisingly Little Johnny had a tough go of it through elementary school. He was labeled early on as a problem child. Although test results never substantiated any learning disability, everyone knew there was something wrong with him. There had to be! Otherwise how could we explain how a child just couldn’t “get it”? Johnny was punished repeatedly, wrote lines, stayed after school, sat in the corner, got time-outs, and yet still he continued to misbehave in class and out! His parents grew discouraged by the endless phone calls from school. Teachers dreaded having him in class. By the 6th grade he was determined by most to be a lost cause.

Then in 7th grade a funny thing happened…

Johnny got a new teacher in 7th grade. Just out of college, idealized, a bit naïve perhaps, this teacher poured heart and soul into the students. This teacher looked out across the room and something inside told this teacher that “There’s something about this kid Johnny.”

This teacher began to reach out to Johnny frequently and Johnny resisted, turning everything into a joke, doing whatever it took to be the class clown. Other teachers told this teacher “I told you so” and the teacher grew discouraged. This teacher would go home at night and think, “What does Johnny get out of it?”

This teacher was the first one to ask this simple, yet significant question. Everyone else had been asking the question, “What is wrong with him?” – and they found lots of answers. This teacher though asked this different question and got different answers.

One thing for sure, this teacher thought, this kid gets lots of attention from it. But there is more. He also gets out of answering questions and appearing foolish. He gets lots of laughs and in the moment, is quite popular. Thinking it through even more thoroughly the teacher concluded, “and there’s nothing wrong with that!”

From there this teacher began imagining what the world must be like through Johnny’s eyes. He began imagining all sorts of scenarios about what might be true of him. Perhaps he feels stupid and being the class clown is a way to avoid people finding out that he really doesn’t have the answers. If he feels stupid he probably doesn’t like himself either, especially at this age where peer perception becomes so important.

This teacher went even further and began to imagine what life would be like not just through Johnny’s eyes, but what indeed it would be like if this teacher experienced life the same way. This teacher began thinking about what it would take for someone to come along and begin to really help this teacher to feel good about self.

The next day this teacher took a whole new approach with Johnny. This teacher greeted Johnny at the door and told him, “Johnny. There is more to you than you yet realize. By the end of this year you will know just what I mean.”

Johnny didn’t know what to say, so he said nothing.

Day after day this teacher made connections with Johnny, usually brief and always different. This teacher kept Johnny off-guard. Just when Johnny thought he’d gotten himself in trouble, this teacher would turn to Johnny and say, “You know there’s a much better way to do this than that. Maybe some day I’ll teach you.”

Puzzled by this, Johnny would return to his seat and sit quietly.

In March of that year a breakthrough happened. Johnny got picked on by several other students and the teacher found Johnny by himself crying. The teacher approached Johnny carefully and asked Johnny one question:

“Are you ready yet?”

“Leave me alone you creep!” Johnny screamed in response.

“You didn’t answer my question,” replied the teacher in a calm voice. “My question was, “Are you ready?”

“Ready for what???!” Johnny said loudly again, but this time not as loud.

“Ready to find out what it is I’ve known for 6 months now about you that you don’t even yet know yourself?”

“Then I’ll take it this means yes?”

“Johnny. You may not realize this yet, but you are okay. Everything about you is okay. I intend to prove it to you…” this teacher explained.

Johnny looked up puzzled, unsure of what to say or do. No one had ever reached out to him like this and in his heart of hearts, it was what he’d always wanted. Over the next few months Johnny would spend extra time with this teacher, hearing lots of stories and advise. This teacher was always careful not to give too much, but just enough to be sure Johnny could succeed.

After that year something in Johnny changed.

He began smiling more and doing kind things, just because he could. He raised his hand and asked questions. People thought it must be some new medication and were surprised to learn he wasn’t on any at all. They thought it must just be puberty. They never thought it was something else.. someone else.. someone who came along and saw Johnny for who he really was and who found the way to finally break through to him… found the way to make the connection… the piece that had been missing even though deep down inside him it was always present… No one thought to think that maybe it was the influence of one person who reached out to Johnny and acted as his mentor… his counselor… his mentor counselor…

Indeed by the end of that year he was no longer known as Little Johnny.

That was the year he became John.

The story is a simple one and yet the implementation of it is pure mastery.

Think of a student/child you work with now who is your Little Johnny.

Instead of asking “What is wrong with this child?, ask: “What does this child get from behaving this way?”

Then ask, “What would have to be true of someone to be behaving the way they are? Always begin with, that they have very limited skills…”

Then imagine what it would take if indeed you too felt and believed that way about life and were limited by the lack of skills. Then go deeper and ask, “What would life be like to live it that way?

Finally, ask yourself if indeed that was how life was for you, what would it take from someone else to reach out and get through to you?

Then go out tomorrow and DO IT!

This is always a reliable starting place. At the very least it gives a starting place for building rapport. At the most it leads to influencing big changes in a short period of time.

Wishing you all the best on this beautiful May evening from San Francisco.