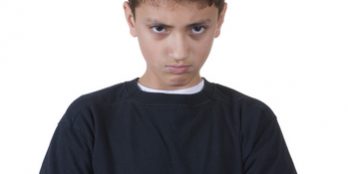 ** Through the lens of Mentor Counseling® **

What is not so well researched, however what seems true to me, is that the average American also functions on an emotional maturity level which is far beneath their biological age, typically in the range of 8 to 20 years old developmentally. This is often becomes evident the moment a person is put under emotional stress or crisis. How many people do you know (ourselves included) who the moment something fails to go their way, suddenly adopt an attitude that “life isn’t fair” and that they are a victim to circumstances? Doesn’t this sound like a 10 year old? Or how many people when someone does something which offends them, will put attention and energy into doing something just to get even?

In my private practice I work with parents who are continually pushed to this point by their kids’ behavior. They find themselves in ongoing  cycles of giving punishments and consequences to their kids, no longer to teach new behavior, but simply to get even with them for their old behavior. Though it is often transparent to them as they do it, it becomes evident when I help them access perspective to realize what they are doing (and why it isn’t working).

In the model of work I do I operate from a position that PEOPLE OF ALL AGES ARE ALWAYS TRYING TO GET SOMETHING POSITIVE FROM THEIR BEHAVIORS, that behind every behavior is a positive intention to meet some want or need that in and of itself is positive. The “problem” only exists in the WAY a person goes about getting that need met, not in their intention.

What is it people all want and are trying to get from their behaviors?

• FIT IN WITH PEER/CONNECTION WITH OTHERS

Most younger kids (under 10) tend to pursue attention and fun. By junior high school age, fitting in with friends and gaining their respect becomes most prominent. By 15 it is this plus power and control as the quest for independence begins to dominate their lives. The more they grow and mature, the more they’ll need to learn more effective ways to get their wants and needs met, lest they get stuck in the cycle described above.

My work – especially with teens – is dedicated towards teaching them just how to grow beyond that limitation. This is an element of what I call teaching kids to be leaders of their own lives.

The intention in this process is to create and cultivate emotional maturity in young people, even when it is not well modeled by those (particularly the adults) around them.

One of the teens I work with recently asked me why people who rage violent, destructive political  protests don’t just organize and get themselves elected into office, empowering them to rule from within? She had a whole plan about how they could move to the smaller states and register enough of themselves as voters to get dozens of Congressman and Senators elected, especially since so few people actually vote in our country.

It made such sense to this teen-ager.

My answer to her question (which I didn’t say to her because she wasn’t really concerned with an answer) is that her approach takes more than just intellectual and social maturity, it takes emotional maturity too. And in that case, sadly, just like the advertising industry selling products with three word slogans to the 6th grade mind, most of those in the seats of power, take full advantage of a populace who respond to emotionally charged situations like ten year olds as well.

Our work as I see it, is to first become the role models of emotional maturity, then to teach this to our children… and, like this, we will continue to become more empowered and more capable of having the impact in our lives and in our work that makes all of the effort worth the while.