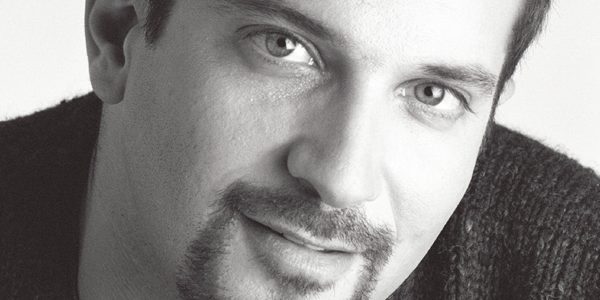 The Lady Who Talked Too Much & Shut Me Up

I flew to Atlanta Friday to participate in a ritual coming-of-age ceremony of the 13 year old son of a client of mine. I wasn’t there to participate in his Bar Mitzvah service, rather to participate in a  very unique and creative ‘Council of Elders’ ceremony being held the night before – a ceremony where a select group of trusted adults were asked to commit to being in their son’s life as he grows into a man.  Needless to say being out beneath the stars at midnight with these men and the boy, participating in this very meaningful ceremony was humbling and very meaningful.

Getting there Friday and returning home Saturday afternoon though were anything but humbling and very meaningful.

It was a routine trip – the kind I do at least 50 times a year. Getting up at 4am for a 5:45am flight, connect in either Chicago or Denver, land in the destination city, grab my bags, roll to the rental car center, plug in my headset, make  business calls while driving to the location of the event, then get up and do the whole thing in reverse, typically a day or two later.

This trip was particularly short, having me in Georgia exactly 24 hours, and particularly fatiguing as I hit tons of Friday afternoon traffic that made the 1 hour 45 minute drive to the location of the event,  into over 3 hours.

Needless to say that by the time I settled in my seat on the plane for the return trip home Saturday, I was tired and fatigued.

I was sitting in my seat, settling in to read and enjoy the quiet. Then a few minutes later a woman boards the plane and sits in the window seat in the row across from me. Seated in the aisle seat next to her was a soldier in his military uniform.

She was talking before she even sat down and didn’t shut-up for over 45 minutes. First she told the flight attendants about how her daughter is also a flight attendant. She told anyone who would listen to her, and indirectly, all of us who couldn’t help but listen to her as her volume was twice as loud as it needed to be! Then she started asking the military man all sorts of questions about himself and his life – many of them quite personal. Looking at him and his non-verbals, it was evident how much he just wanted be left alone. He had his ipad out and this headphones in his hand, waiting for her to shut up so he could stick them in his ears. She talked through the whole boarding process, the taxi to the runway, while we were accelerating to take off and then through the first 20 minutes of the flight.

Even with my headphones in and on I could still her her annoying voice, babbling on with no awareness of how irritated all of us in the seats around her were. I just wanted her to shut up so I could have my quiet!

If I had been sitting next to her I would have gotten her quiet within a minute of sitting down. Years of frequent travel have given my dozens of tricks to do this, most of which are not rude in any way. The soldier though didn’t know these tricks.

Finally, he put his headphones in and turned a movie on and the flight attendant got up to serve drinks, so with no one to talk to, she shut up.

I have an extraordinarily well trained skill and capacity for maintaining my state, but even with this, when combined with extreme fatigue like I had yesterday, it is very trying.

We landed in Denver and pulled up to the gate. I was relieved to get away from Miss-Talk-Too-Much and hoped she wasn’t on my connecting flight into San Francisco.

I stood to load my computer into my shoulder bag, when she started talking again. My body tensed, bracing for another story about her daughter!

This time though she said something that changed everything.

She turned to the soldier and said, “I wish you well on your upcoming deployment. I will be praying for you.”

It stopped me dead in my tracks.

She doesn’t even know this man, and she is going to be keeping him in her prayers.

Here I was hoping she’d just shut up, and there she is praying for a stranger  – but it doesn’t end there.We then stood near each other in the jetway, waiting for the ground crew to bring our gate-checked bags up to us. She called a friend on the phone and told her about her trip. She then said to her friend, “Well I should be home in about an hour but I am going to help this nice lady who was on my flight  who I met at the gate in Atlanta. She doesn’t travel much and was concerned she might miss her connection. I am going to walk her to her gate. If she doesn’t make her flight and gets stuck here, I probably will just bring her home with me and let her stay with me then bring her back first thing in the morning.”

I was blown away by this woman’s kindness, generosity and genuine concern for others. She was praying for the soldier she’d just met, and offering help and shelter to someone else.

The irony couldn’t have been more “in my face”:

Here I was supposed to be an honorable elder and role model for this teen boy, caught up in thinking solely about myself and my own needs. There she is going out of her way to pray and help strangers.

Sure I might have the skills with pacing others, reading non-verbals and creating rapport that this woman lacks. And I might have the ability to establish boundaries, even in awkward situations, that the soldier lacks.

But when it came to being someone who was truly sorting for making a contribution in the world, this woman had me beat.

I won’t add her talk-talk-talkativeness into my repertoire, but i will add in a little more of her model of  selflessness…