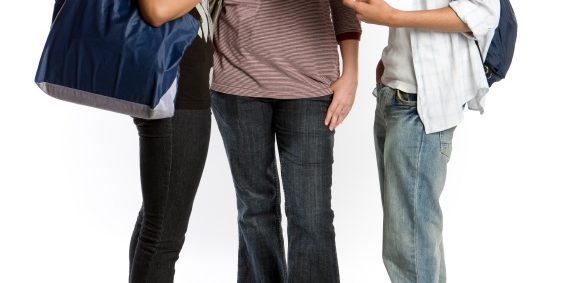 Her main point is that what makes kids popular – conformity, aggression, visibility and influence – will not make them happy after they graduate. She argues that the outsiders who have developed a capacity to stand on their own, choose their own path and deal with the criticism they face for not conforming, are actually better prepared for the experiences and challenges they will face on the path to success as an adult.

Reading the article critically it is noteworthy that she alters between saying popular people are less likely to be happy, whereas “the geeks” as she calls them are better prepared for success.  Happy and Success are two different considerations, neither of which is universally defined.

That said, I found value in what she is proposing and wanted to make a few comments about this here. This is especially relevant if you either are an adult who finds that you don’t live a life that conforms to the social norms, or you are raising a kid who does not.

The apparent intention of the article,  goes to the heart of the work I continually find myself doing with my clients – clients who range in age now from 12 to 65.

My experience continually is that the prevelant education system works relatively well or is at least, neutral to positive for about 1/4 of kids. It is tolerable and mostly neutral for about another 1/4 . For the remaining half though, it is somewhere between agony and hell.

Interestingly enough, the ease or challenge of succeeding academically is typically less of an issue of which category a person fits in, than how the experience is for them socially.

In fact, most people I speak to remember far more of their social experience in high school than they do their academic one.  Even as a high academic achiever, I too put myself in that category.

By the author’s definition, I also would have been a “geek’.

Though I certainly didn’t think of myself that way, I was explicitly aware of how I didn’t have girlfriends, wasn’t part of the cool fast moving crowd and was far too sensitive to just be ‘one of the guys’.

Kids liked me well enough in school, but that didn’t translate into being invited to parties outside of it.

For the first three years of high school I thrived in the classroom, but was a virtual nobody and mostly a loner outside of it. At times, it really sucked – especially on weekends when I’d be home alone while others who had the friends were out doing what teens were “supposed” to be doing.

That experience made me continually aware of what and who I wasn’t, and led me to be critical of this in myself, often asking the question “What is wrong with me that I am not cool like them?”

By my senior year, with the help of input from my school counselor Mr. Kaufman, and a family friend Patsy Rubin, I had finally come to accept that it was okay to be who I was, on my own journey and getting there in my own time.

This realization was profound, and the transformation it brought about in my confidence, self-image and sense of hope for the future was life-saving and life-changing.

I also finally then settled with a very nice group of kids who, like me, were high achievers who were also deeper thinking and seeking more substance.

It took three and half years, but we finally found one another.

That year I also rallied a group of fellow ‘geeks’ to meet for lunch Sunday afternoons at Lou Malnati’s Pizzeria to “discuss  and debate politics and philosophy”.

We’d debate everything from Reagan’s politics, to the great philosophical questions like “Is there meaning in life?” and “Will we ever find other life in the universe?”. Eric, who was far and away the intellectual genius of our group, was also a fundamentalist Christian who one time tried to convince me – a Jew – and Brad – a self-professed Atheist – that we were going to hell if we didn’t wise up quickly… All this over a fresh Chicago style pizza… I can only imagine what people seated around us must have been thinking! (fyi – Years later Eric apologized to me for his arrogance, only cementing in stone the sense of gratitude I have for having found friends who have such integrity and such character.)

I don’t know what the “cool, popular kids” were doing on Sunday afternoons, but I doubt they were gathered together having deep, meaningful conversations.

They weren’t then and probably aren’t now.

Then and now, I wouldn’t trade those Sunday lunches and those ‘geek’ friendships I had back then for any popularity – not if it meant having to give up these interactions that unlike school and casual social interactions with superficial friends, fed my soul.

I look back on the guys from that group and where our lives have led: Eric went on from Community College which was all his family could afford to help him with, to get a PhD from Stanford and works in cutting edge Aerospace Engineering. Patrick works in shaping government education policy in Hawaii. Kurt went on to get involved in Senior Management for an international heavy machinery company. Brad helped take a technology company public. Andy became a renowned Vascular Surgeon. John held public office for years and finally retired from that after an unsuccessful 2008 bid for US Congress. He now heads the Ronald Reagan Leadership Institute, recently bringing Michael Gorbechav to speak to it’s members.

All of us are happily married, raising families and doing our damndest to uphold the standard of manhood that we aimed to live up to when we were teens. In a culture where 40% of marriages wind up in divorce, it in interesting that not a one of my friends from that group in Peoria or that I similarly bonded with through summer camp is divorced or has failed to accomplish career goals – all of whom would have been ‘geeks’ by the definition of the article.

Did our not being in the center of the social circle as teens, help us? Did it force us to develop a set of coping skills or an approach to life that has led us to find greater happiness and success than we might have otherwise?

I will never know.

What I do know is that for each of us, staying true to the journey of our life, always came ahead of the people in our life – meaning we pursued what we felt we needed to, to be the person we wanted to be, and then found relationships that were compatible with this.

Those who seek popularity, do it the other way around.

And I try and teach this to my clients – how to be who you are, make the choices that are right for you and then and only then, let the right relationships with the right people emerge.

It is not always easy for them to accept this. It is often even harder to live it.

But in the end, it has always proven worth it.

I think this message is more critical for young people to hear now, than ever before.