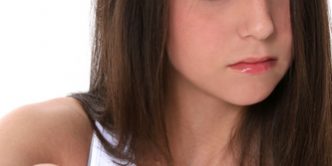 I hesitated on whether or not to write this post. Then something happened yesterday that inspired me to write this out – once again.I’ve gone on and on about this over the past 5 years to the point where I sense people either are tired of hearing it, don’t want to hear it or just aren’t listening.

No matter how much I raise the issue, very few people ever respond to me about it.

And it is a crisis that few people seem to be noticing and taking seriously.

The majority of young people 30 and under (just think anyone who was in college when 9/11 happened and younger than that) are deeply skeptical about most adults, many are just plain negative about us if not cynical. They don’t trust their government. They don’t believe adults with power are acting in anyone’s interest other than their own. They don’t trust big business people. They don’t trust those who wield wealth and influence.

They do not have faith in us, in the leadership of the institutions that are shaping our world or in the decisions being made by adults about their future.

And many of them are angry.

Nowhere is this more glaring than in the reactions from teens and young adults about the recent assassination of  bin laden.

I can’t tell you how many of them I have spoken to now who have reacted with mixed feelings. There are those who buy the conspiracy theories as there always will be, but most do believe he is dead.

What’s interesting is how unsure they are of what to make of it – many reacting with guarded optimism at best, some with serious doubts.

Unlike the images of crowds flocking to Time’s Square to celebrate, most of the youth I’ve spoken to were not celebrating. They sat back instead and found themselves unsettled and even confused – unsure what to believe.

“I just don’t believe a thing the government or the news tells me” said one. Another echoed, “There is so much hype all the time that I question all of it.” Then there was the 13 year old who said, “How am I supposed to just believe that somehow this is a good thing and it makes the world a safer place?” SHE IS ONLY 13!

When I explain my response, they listen intently:

“My reaction first and foremost was pride in being American. I recognize that this is one of those “Where were you when?” moments that define our era… similar to how my parents spoke of Kennedy’s aassisnation or the landing of the first man on the moon, or that we speak of when 9/11 happened – moments we recall for the rest of our lives.

I had a sense of awe of what our troops and government did and went through to find him. It was way beyond a Hollywood movie. This wasn’t a ‘needle in a haystack’ because that can be found using a good metal detector. This was a grain of sand in the desert. It made me proud to come from a country that has that resolve and people that heroic to do what the SEALs did. It also made me happy to have good news for what seems like the first time in a decade. Even Obama’s election high was short lived. This one though will go down as historic as the fall of the Berlin wall.

In regards to his death, I think it was necessary and appropriate. I don’t believe it was something to celebrate in the streets. While it didn’t phase me to see those who did celebrate this way, on another level it disgusts me to be reminded how barbaric  so many elements of our culture is and can be… Especially those who think we are ‘better than them’.

That said I have no doubt that this is a good thing for our country and for the world. Not that I think this will end anything more than the hunt for him, but it does send a message that we are not passive tree-huggers who will sit back and let our asses get kicked, nor are we just fools who rush in a start wars in countries that we have no business being in… This is enough to create some serious doubts and set-backs to those who would seek to hurt us.”

When I finish making my comments I tend to get strong responses. Some think what I say makes sense. Some vehemently disagree. All have opinions and most of them are well thought out and steeped in skepticism.

Only one so far wishes he’d been dancing in Time’s Square. All the rest found that whole idea of celebrating killing someone – even their worst enemy – with a big party, to be anywhere from inappropriate to over the top disgusting.

Young people being skeptical of adults is not new in modern times. (I recall Charlton Heston in the original Planet of the Apes in 1968 ,saying to one of the young apes, “Never trust anyone over the age of 30!”)… but in my opinion not since the 1960s have tensions been this high and blame and disconnect between generations been so extreme.

Is anyone else out there paying attention?

Have you noticed how – like the 60s – there is radicle attachment and identification with their own music that goes in the face of adult conventions and norms? Can you imagine your Grandparents playing hip-hop for you and claiming it as “their kind of music”?

Do you see any teen walking around now without earplugs in listening to some hip hop or alternative music on an ipod loaded with 10,000 songs?

When is the last time you read their blogs and heard them speak positively about us, their government and the state of the world?

have you noticed how much drugs they consume, without regard for health risks? How casual they are about sex?

My big question (that I constantly challenge them with to their faces) is:

Will these kids ever get over their hedonistic, entitled self-absorbed attachment to their comfort zone and smart phones, to instead organize… not like their demographic did in the 60s…  but like their Egyptian peers did just two months ago?

I hope they do and I intend to help them do it.

I’m just waiting for enough of them to stop talking and to instead start taking action, channeling their energy and their forces to create positive change not that we can believe in, but that we can’t help but accept.